This book is about Jacques Cousteau's invention of the aqualung, and the first few years of experimentation with it. His tale is sort of meandering (like this review) and jumps from topic to topic ... Läs hela recensionen

The Silent World is worth reading, possibly even rereading, for curiosity's sake more than anything else. Jacques Cousteau and close allies, physicist Tailliez and skin diver Dumas, famously pioneered ... Läs hela recensionen

Jacques Cousteau, 1910 - 1997 French marine explorer, writer, and film producer, Cousteau has popularized the undersea world for people of all ages. In 1943, he was partially responsible for the invention of the Aqua-lung, making it possible to extend the duration of underwater swimming. After World War II, he persuaded the French naval minister to create a marine study center at Toulon. Several years of study dramatized the need for application research, so with a 25-million-franc gift, the ferry Calypso was purchased. Its voyage to the Red Sea resulted in a film that won the Grand Prix at the Paris documentary film festival. It was followed in 1956 by The Silent World, an Oscar winner. Ensuing explorations resulted in over 36 films. The Undersea World of Jacques Cousteau (1967) documented a scientific world cruise from the Red Sea through the Indian Ocean to the Pacific Ocean, as far north as Alaska. A 1972 television series filmed the expedition in the Antarctic and along the Chilean coast, and a 1975 archaeological expedition took Cousteau and his team to Greek waters. Cousteau has also written over 15 books, including a 20-volume encyclopedia, The Ocean World of Jacques Cousteau. He has produced numerous videotapes and has written a column, "Pulse of the Sea," for the Saturday Review, in addition to numerous articles for National Geographic magazine from 1952 to 1966. In 1974, he founded the Cousteau Society to preserve the oceans. He estimates that in his lifetime he has spent over seven years underwater, and that "during that time I have observed and studied closely, and with my own two eyes I have seen the oceans sicken. 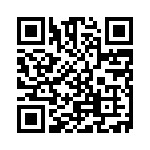