Sida 83
Currently, for example, research trials similar to ours are being planned in the
Netherlands, Denmark, Canada, and the United States, and several studies of
the effect of psychosocial treatment are already under way in Canada, Great
Britain, ...
Sida 274
A thorough understanding of illness requires not only knowledge about the
nature of the illness and its spread, but also of the person it affects and the
physical and psychosocial factors that affect that person's response to treatment
and ...
Sida 290
Survival of breast cancer patients receiving adjunctive psychosocial support
therapy: A 10- year follow-up study. Journal of Clinical Oncology 11:66-69.
Morgenstern, H., G. A. Gellert, S. D. Walter, A. M. Ostfeld, and B. S. Siegel. 1984.

Solid, research-based study of how to make the most out of life when faced with death. Spiegel (Psychiatry/Stanford) received wide public attention when Bill Moyers's Healing and the Mind program ... Lðs hela recensionen

Basing his conclusions on scientific research and clinical experience, the author discusses the connection between one's mental life and physical health. In his own study of women with advanced breast ... Lðs hela recensionen 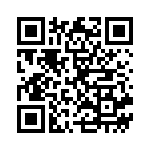