Sida 44
cellor's Gold Medal in the University of CamThe following poems in Ecclesia are ( in addition bridge for an English poem on this subject , he to those already named ) not in the Cornish Ballads being then of Trinity Colleve .
Sida 135
It is to be found The poem is to be found in the Cornhill Maga- in most editions of Prior's poems , notably in the zine , July , 1862 , under the signature of “ M. , ” and fine folio of 1718 , brought out , it may be said , the title of ...
Sida 163
St. Matthew's words which I propose , will be com- The poet was Drayton , the poem his Polyolbion . pelled to argue that , after the Israelites had grown in the composition of this the most extensive poem old , God would cease to exist ... 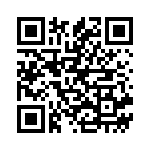