Anthony Giddens is Director of the London School of Economics and Political Science, and also Professor of Sociology at the University of Cambridge. 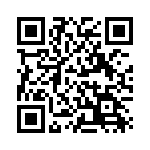