Shakespeare probably wrote Antony and Cleopatra in 1606 or 1607; it was registered for publication on May 20, 1608, and apparently influenced a revision of Samuel Daniel''s Cleopatra that was published "newly altered" in 1607. Antony and Cleopatra was thus roughly contemporary with King Lear and Macbeth. Yet the contrast between those two tragedies and Antony and Cleopatra is immense. Unlike Macbeth, with its taut focus on a murderer and his wife, Antony and Cleopatra moves back and forth across the Mediterranean in its epic survey of characters and events, bringing together the fates of Pompey, Octavius Caesar, Octavia, and Lepidus with those of the protagonists. King Lear gives proper names to fourteen characters, Macbeth to eighteen, Antony and Cleopatra to thirty-four. The Roman play requires no fewer than forty-two separate scenes, of which most occur in what modern editors label Acts 3 and 4, although no play is less suited to the classical rigors of five-act structure, and these divisions are not found in the reliable Folio text of 1623. Indeed, it is as though Shakespeare resolved at the height of his career to show that he could dispense entirely with the classical "rules," which had never taken serious hold of the English popular stage in any case. The flouting of the unities is so extreme that John Dryden, in his All for Love, or The World Well Lost (1678), undertook not so much to revise Shakespeare as to start afresh on the same subject. Dryden''s play is restricted to the last few hours of the protagonists'' lives, at Cleopatra''s tomb in Alexandria, with a severely limited cast of characters and much of the narrative revealed through recollection. Although a substantial achievement in its own right, All for Love surely demonstrates that Shakespeare knew what he was doing, for Dryden has excised a good deal of the panorama, the excitement, and the "infinite variety" (2.2.246).

Shakespeare departs also from the somber tone of his tragedies of evil. He creates, instead, a world that bears affinities to the ambiguous conflicts of the other Roman plays, to the varying humorous perspectives of the comedies, and to the imaginative reconstructions of the late romances. As protagonists, Antony and Cleopatra lack tragic stature, or so it first appears: she is a tawny gypsy temptress and he a "strumpet''s fool," a once-great general now bound in "strong Egyptian fetters" and lost in "dotage" (1.1.13; 1.2.122--3). Several scenes, especially those set in Egypt, are comic and delightfully bawdy: Charmian learning her fortune from the soothsayer, Cleopatra practicing her charms in vain to keep Antony from leaving Egypt or raunchily daydreaming of being Antony''s horse "to bear the weight of Antony" (1.5.22), Cleopatra flying into a magnificent rage at the news of Antony''s marriage to Octavia and then consoling herself with catty reflections on Octavia''s reported low voice and shortness of stature ("I think so, Charmian. Dull of tongue, and dwarfish," 3.3.17). In its comic texture, the play somewhat resembles Romeo and Juliet, an earlier play about a younger pair of lovers, although there the bawdry is used chiefly to characterize the lovers'' companions and confidants, whereas in Antony and Cleopatra it is central to our vision of Cleopatra especially. In any case, the later play is a tragedy about lovers who, despite their quarrels and uncertainties and betrayals of self, are reconciled in a vision of the greatness of their love. In its depiction of two contrasting worlds, also, Antony and Cleopatra recalls the movement of several earlier comedies from the realistic world of political conniving to a dream-world of the romantic and the unexpected. We can endorse neither world fully in Antony and Cleopatra, and, accordingly, the vision of life presented is often ambivalent and ironic as much as it is tragic. The contrast of values separating Egypt and Rome underscores the paradox of humanity''s quest for seemingly irreconcilable goals. The ending is neither a triumph nor a defeat for the lovers but something of both. If Antony and Cleopatra seem in one way too small to be tragic protagonists, in another way they seem too large, creating imaginative visions of themselves and their union that escape the realm of tragedy altogether. Our attention is focused less on the way in which the protagonists come to understand some meaningful relationship between their character and the fate required of them by a tragic universe than on the almost comic way in which the absurdities of Roman worldly striving and Egyptian dissipation are transfigured in the world of the imagination.

The Roman point of view opens the play and never entirely loses its force. At first, it may seem superior to that of Egypt. Demetrius and Philo, who invite us to view the play''s first encounter between Antony and Cleopatra (1.1) from the perspective of the professional Roman soldier, lament the decline of Antony into Circean enslavement. Their tragic concept is of the Fall of Princes, all the more soberly edifying because of the height from which Antony has toppled. "You shall see in him / The triple pillar of the world transformed / Into a strumpet''s fool" (1.1.11--13). Egypt is enchanting but clearly enervating-a bizarre assemblage of soothsayers, eunuchs, and waiting- gentlewomen who wish to be "married to three kings in a forenoon and widow them all" (1.2.28--9). Their mirth is all bawdry, tinged with practices, such as transvestitism, that Roman custom views as licentious. The prevailing images are of procreation in various shapes, sleep (mandragora, Lethe), the oriental opulence of Cleopatra''s barge (a golden poop, purple sails, silver oars, divers-colored fans), Epicurean feasting, and drinking. As Enobarbus says, "Mine, and most of our fortunes tonight, shall be-drunk to bed" (1.2.47--8).

Antony, for all his reckless defiance of Rome, agrees in his more reflective moments with what Demetrius and Philo have said. "A Roman thought hath struck him," Cleopatra observantly remarks, and Antony has indeed determined that "I must from this enchanting queen break off" (1.2.88, 135). His later return to Cleopatra is at least in part a surrender, a betrayal of his marriage vows to Octavia and his political assurances to Caesar. In the ensuing battles, Antony submits himself dangerously to Cleopatra''s governance, and this inversion of dominance in sexual roles, as conventionally understood by the Roman patriarchal world, is emblematic of a deeper disorder within Antony. As Enobarbus concludes bitterly, Antony "would make his will / Lord of his reason" and so has subverted his "judgment" (3.13.3--4, 37) to passion.

From the beginning, Cleopatra has sought dominance over Antony in the war of the sexes. When Antony first came to her on the River Cydnus, we learn, he was so overcome in all his senses that he was "barbered ten times o''er" (2.2.234). Cleopatra boasts that she "angled" for Antony on many occasions, catching him the way fishermen "betray" fish, and that, when she had "drunk him to his bed," she "put my tires and mantles on him, whilst / I wore his sword Philippan" (2.5.10--23). Caesar, affronted by such transvestite debauchery, charges that Antony "is not more manlike / Than Cleopatra, nor the queen of Ptolemy / More womanly than he" (1.4.5--7). During the battle scenes, Antony''s followers complain that "Photinus, an eunuch" (probably Mardian), and Cleopatra''s maids manage the war: "So our leader''s led, / And we are women''s men" (3.7.14--15, 70--1). Antony confesses too late that they were right. He becomes a "doting mallard," one whose heart is "tied by th'' strings" to Cleopatra''s rudder when her ships retreat in the first naval engagement (3.10.20; 3.11.56). In the mythic images used to raise their relationship to heroic proportions, Antony is like Mars to Cleopatra''s Venus (1.5.19), in both a positive and a negative sense. The image has positive connotations of the way in which, as Milton puts it, the "two great sexes animate the world," the masterful soldier and his attractive consort complementing one another in a right relationship of martial prowess and beauty, bravery and love, reason and will; however, to the Renaissance, the myth of Mars and Venus could also be read in a destructive sense, as an adulterous relationship in which reason is subverted to appetite. In another mythic comparison, Antony is like Hercules, not in his prime, but with the shirt of Nessus on his back-a poisoned shirt given to Hercules by his wife in a mistaken hope of thereby assuring his love for her (4.12.43). Antony''s soldiers understandably believe that the god Hercules has deserted his reputed descendant and onetime champion (4.3.21--2).

Despite Antony''s shameful violation of manhood, honor, attention to duty, self-knowledge, and all that Rome stands for, however, the end of his story is anything but a one-sided endorsement for the Roman point of view. The actual Rome, disfigured by political conniving, falls far short of the ideal. Antony has a point when he protests that "Kingdoms are clay" (1.1.37). Alliances are unstable and are governed by mere political expediency. At first, Antony''s wife Fulvia and his brother Lucius have fought one another until forced to unite against the greater threat of Octavius Caesar. Similarly, Antony and Caesar come together only because Pompey has become dangerously powerful at sea and has won the favor of the fickle mob, "Our slippery people" (1.2.192). This détente is not meant to last. As Enobarbus bluntly puts it, "if you borrow one another''s love for the instant, you may, when you hear no more words of Pompey, return it again" (2.2.109--11). Enobarbus is rebuked for his unstatesmanlike tone, b 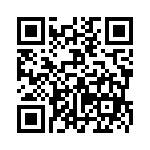