Sida xix - California valleys. 66 is the path of a people in flight, refugees from dust and shrinking land, from the thunder of tractors and shrinking ownership, from the desert's slow northward invasion, from the twisting winds that howl up out of Texas, from the floods that bring no richness to the land and steal what little richness is there.
Visas i 44 böcker frĺn 1923-2007

MIRON REZUN teaches political science and the economics of transition at the University of New Brunswick in Canada. He has published eleven works of non-fiction, including Saddam Hussein's Gulf Wars (Praeger, 1992), Europe and the War in the Balkans: Toward a New Yugoslav Identity (Praeger, 1995), and Science, Technology and Ecopolitics the USSR (Praeger, 1996). He has also published two novels. 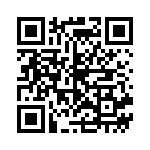