Ernest Hemingway never kept a journal, says his son Patrick, editor of this book from a manuscript twice its size describing life in a Kenyan safari camp in the winter of 1953—54. It can of course be ... Läs hela recensionen

It's not often that this column gets to cite something by a truly classic author, but here it is: Hemingway's last work, written after he returned from his 1953 safari and edited by his son, Patrick ... Läs hela recensionen

Ernest Hemingway, who was awarded the Nobel Prize for literature in 1954, did more to change the style of English prose than any other writer in the twentieth century. Publication of The Sun Also Rises and A Farewell to Arms immediately established him as one of our greatest literary lights. As a journalist, he covered the Spanish Civil War, portraying it in his brilliant novel For Whom the Bell Tolls, and he subsequently covered World War II. His classic novella The Old Man and the Sea won him the Pulitzer Prize in 1953. He died in 1961. 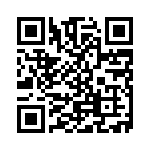