William Findley was born in Ireland and emigrated to Pennsylvania in 1763. He served in the Second through the Fifth Congresses, and again in the Eighth through the Fourteenth Congresses, earning the designation 'Father of the House' before he retired from Congress in 1817. He died in 1821. John Caldwell is retired from Augustana College, where he was Director of the Library and Professor of History. He is a native of western Pennsylvania. 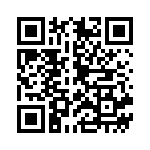