Proust is one of the seminal figures in modern literature, matched only in stature by Joyce, Woolf, Mann and Kafka. By the last decade of the 19th century, the charming and ambitious Proust, born into a wealthy bourgeois family, was already a famous Paris socialite who attended the most fashionable salons of the day. The death of his parents in the early years of the 20th century, coupled with his own increasingly ill health, made of Proust a recluse who confined himself to his cork-lined bedroom on the Boulevard Haussmann. There he concentrated on the composition of his great masterpiece, Remembrance of Things Past (1913-27). In recent years, it was discovered that he had already prepared a first draft of the work in the 1890s in Jean Santeuil, which was only published posthumously in 1952. Remembrance of Things Past resists summary. Seeming at turns to be fiction, autobiography, and essay, Remembrance is a vast meditation on the relationship between time, memory, and art. In it the narrator, who bears the same first name as the author, attempts to reconstruct his life from early childhood to middle age. In the process, he surveys French society at the turn of the century and describes the eventual decline of the aristocracy in the face of the rising middle class. The process of reconstruction of Marcel's past life is made possible by the psychological device of involuntary memory; according to this theory, all of our past lies hidden within us only to be rediscovered and brought to the surface by some unexpected sense perception. In the final volume of the work, the narrator, who has succeeded in recapturing his past, resolves to preserve it through the Work of Art, his novel. He died of pneumonia and a pulmonary abscess in 1922. He was buried in the Pčre Lachaise Cemetery in Paris. 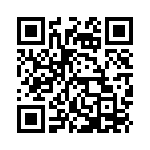