Sharon O'Brien , who received the Ph.D. in political science from the University of Oregon, is an Associate Professor in the Department of Government and International Studies, University of Notre Dame. 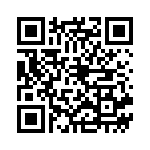