Sida 10 - It is now clear that we are facing an implacable enemy whose avowed objective is world domination by whatever means and at whatever cost. There are no rules in such a game. Hitherto acceptable norms of human conduct do not apply. If the United States is to survive, long-standing American concepts of "fair play
Visas i 98 böcker frĺn 1877-2008
Sida 268 - No funds appropriated under the authority of this or any other act may be expended by or on behalf of the Central Intelligence Agency for operations in foreign countries, other than activities intended solely for obtaining necessary intelligence...
Visas i 63 böcker frĺn 1941-2007
Mer
Sida 269 - President may establish and consistent with applicable authorities and duties, including those conferred by the Constitution upon the Executive and Legislative Branches...
Visas i 57 böcker frĺn 1941-2007
Sida 151 - I hear anybody, including myself, raise the question, is this course of action which we have agreed upon lawful, is it legal, is it ethical or moral?
Visas i 26 böcker frĺn 1975-2006
Sida 17 - ... (4) to perform, for the benefit of the existing intelligence agencies, such additional services of common concern as the National Security Council determines can be more efficiently accomplished centrally; (5) to perform such other functions and duties related to intelligence affecting the national security as the National Security Council may from time to time direct.
Visas i 250 böcker frĺn 1923-2008
Sida 313 - Special activities means activities conducted in support of national foreign policy objectives abroad which are planned and executed so that the role of the United States Government is not apparent or acknowledged publicly...
Visas i 63 böcker frĺn 1941-2006
Sida 12 - I only regret that I have but one life to lose for my country...
Visas i 847 böcker frĺn 1845-2008
Sida 10 - fair play" must be reconsidered. We must develop effective espionage and counterespionage services and must learn to subvert, sabotage and destroy our enemies by more clever, more sophisticated, and more effective methods than those used against us. It may become necessary that the American people be made acquainted with, understand and support this fundamentally repugnant philosophy.
Visas i 54 böcker frĺn 1945-2008
Sida 17 - We shall not realize our objectives, however, unless we are willing to help free peoples to maintain their free institutions and their national integrity against aggressive movements that seek to impose upon them totalitarian regimes.
Visas i 265 böcker frĺn 1843-2008
Sida 269 - States involved in intelligence activities shall — (1) keep the Select Committee on Intelligence of the Senate and the Permanent Select Committee on Intelligence of the House of Representatives...
Visas i 72 böcker frĺn 1941-2007
Mindre 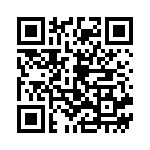