A marvelous, dense, but readable history of religious doubt, from the earliest writings to the 21st century. I've been working on this for about 10 months, carrying it around on my Kindle and inching ... Lðs hela recensionen

Every year on my visit to Taipei I buy a book of philosophy at the Eslite bookstore - as a kind of homage to how wonderful their selection of philosophy titles is (even if they no longer stock French ... Lðs hela recensionen

Sida 80 - Preacher, vanity of vanities; all is vanity. What profit hath a man of all his labour which he taketh under the sun? One generation passeth away, and another generation cometh: but the earth abideth for ever.
Visas i 934 b—cker frÍn 1717-2008
Sida 80 - Live joyfully with the wife whom thou lovest all the days of the life of thy vanity, which he hath given thee under the sun all the days of thy vanity: for that is thy portion in this life, and in thy labour which thou takest under the sun. Whatsoever thy hand findeth to do, do it with thy might; for there is no work, nor device, nor knowledge, nor wisdom, in the grave whither thou goest.
Visas i 445 b—cker frÍn 1611-2007
Mer
Sida 80 - There is one alone, and there is not a second; yea, he hath neither child nor brother: yet is there no end of all his labour; neither is his eye satisfied with riches; neither saith he, For whom do I labour, and bereave my soul of good? This is also vanity, yea, it is a sore travail.
Visas i 311 b—cker frÍn 1717-2007
Sida 66 - Wherefore do the wicked live, become old, yea, are mighty in power ? Their seed is established in their sight with them, and their offspring before their eyes. Their houses are safe from fear, neither is the rod of God upon them.
Visas i 475 b—cker frÍn 1705-2008
Sida 76 - Then I looked on all the works that my hands had wrought, and on the labour that I had laboured to do : and behold, all was vanity and vexation of spirit, and there was no profit under the sun.
Visas i 883 b—cker frÍn 1611-2008
Sida 307 - Our revels now are ended. These our actors, As I foretold you, were all spirits, and Are melted into air, into thin air: And, like the baseless fabric of this vision, The cloud-capp'd towers, the gorgeous palaces, The solemn temples, the great globe itself, Yea, all which it inherit, shall dissolve, And, like this insubstantial pageant faded, Leave not a rack behind. We are such stuff As dreams are made on ; and our little life Is rounded with a sleep.
Visas i 988 b—cker frÍn 1807-2008
Sida 79 - Wherefore I praised the dead which are already dead more than the living which are yet alive. Yea, better is he than both they, which hath not yet been, who hath not seen the evil work that is done under the sun.
Visas i 573 b—cker frÍn 1642-2008
Sida 78 - For that which befalleth the sons of men befalleth beasts; even one thing befalleth them: as the one dieth, so dieth the other; yea, they have all one breath; so that a man hath no preeminence above a beast: for all is vanity.
Visas i 731 b—cker frÍn 1704-2008
Sida 84 - It is better to go to the house of mourning, than to go to the house of feasting : for that is the end of all men; and the living will lay it to his heart.
Visas i 620 b—cker frÍn 1611-2008
Sida 69 - Canst thou lift up thy voice to the clouds, That abundance of waters may cover thee? Canst thou send lightnings, that they may go, And say unto thee, Here we are? Who hath put wisdom in the inward parts? Or who hath given understanding to the heart?
Visas i 378 b—cker frÍn 1660-2008
Mindre

Jennifer Michael Hecht is a philosopher, historian, and award-winning poet. She is the author of Doubt: A History and The End of the Soul; the latter won the Phi Beta Kappa Society's 2004 Ralph Waldo Emerson Award. Hecht's books of poetry include The Next Ancient World and Funny. She earned her Ph.D. in history from Columbia University and teaches at The New School in New York City. 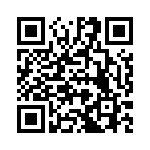