Sida 15
During the year 1929 the national debt decreased from Kr. 1,832 million to Kr.
1,799 million ; of the latter sum the consolidated debt amounted to Kr. 1,775
million. During the year the 6 per cent. dollar loan of 1919, amounting to
$25,000,000, ...
Sida 20
... the forest resources which the Government is carrying out indicate that the
available supplies of timber and annual growth have been underestimated, and it
appears that in recent years the latter shows some balance over the quantity
felled.
Sida 34
A large item of imports is men's felt hats, both stiff and soft, but especially the
latter, which are supplied largely from Germany, Czechoslovakia, France, Italy
and Austria. There is a market for English hats of first-class quality. Machinery. 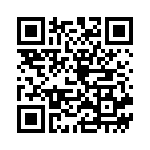