Sida 318
He was Dictator of Rome , and gave his name to its Cćsarean head ( " the one is ” ) , which continued till the kingdom was divided , A.D. 476 , or 42 prophetic months from Sabbath Thoughts . the building of the city , or the beginning ...
Sida 383
Near the swing Stephen Alloway fancied he was sitting or hanging , railway station , a gentleman , who had just arrived by train , very much against his will , with his head downwards . After called to him and gave him a bag to carry .
Sida 844
“ As to myself , when I went to the little villa where the general As he watched the illuminations among the avenue of trees , had fixed his head - quartere he had just dined , and was smoking , where his boy companions were eagerly ... 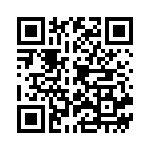