wonderful gift for my pastor

I bought this book as a Christmas gift for my pastor. She has said she wished she knew more about Josephus' writings because they are quoted in so many references. She thought the book would be too ... Läs hela recensionen

this book was reccomended to me by my friends

Many of my friends and pastors use the information from this highly valuable resource. I would reccomend this book to everyone. Läs hela recensionen

A member of a wealthy priestly family in Judea, Josephus was a Pharisee originally named Joseph ben Matthias. An active supporter of anti-Roman activity, he became governor of Galilee, a post he held with honor and valor until Galilee was taken by the Romans in a.d. 67. He won the favor of the Roman general Vespasian, whose name---Flavius---he took as his own and through whose patronage he later became a Roman citizen. Although often criticized for becoming a supporter of Rome, in his work Against Apion he passionately defends Jewish religion and culture. Josephus wrote both in Greek and in Hebrew. His writings are neither remarkably fine representatives of classical culture nor the product of deep learning in Jewish literature and history. They do, however, tell the reader a great deal not known from other sources. The Jewish War (75--79), based to a great extent on what Josephus himself saw, heard, and experienced, describes the tragic events of the Jewish revolt against Rome. Antiquities of the Jews (93) covers the history of the Jews from creation to the war with Rome, with special attention given to the Maccabees and the dynasty of Herod.

William Whiston (1662-1752), translator, was an English mathematician and historian who succeeded Isaac Newton as the Lucasian Professor of Mathematics at the University of Cambridge.

Paul L. Maier is the former Russell H. Seibert Professor of Ancient History (retired) at Western Michigan University and an award-winning author who expertise in first-century studies and extensive travels in the Middle East and Asia Minor provide historical authenticity and compelling drama to his writing. His other writings include the best-selling novel A Skeleton in God's Closet. 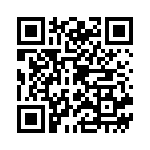