Born in Carrington Village, Barbados, Lamming taught in Trinidad and Venezuela before going to England in 1950. In England, he worked in a factory and also hosted a book program for the BBC West Indian Service while pursuing his writing. Lamming's works are a panorama of West Indian history with a strong sense of nationalism. In the Castle of My Skin (1953) is at least partially autobiographical in its presentation of the protagonist's growing sense of individuality and his consequent estrangement from the village and folk community. The subsequent exile of this protagonist is told in The Emigrants (1954), his return is the focus in Of Age and Innocence (1958), and the reclamation of his heritage is the major theme in Season of Adventure (1960). His novels focus on the social and economic changes taking place in the Caribbean, and he uses his protagonists as mouthpieces for his own ideas. 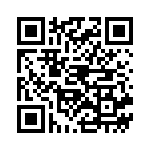