Sida 72 - It is now clear that we are facing an implacable enemy whose avowed objective is world domination by whatever means and at whatever cost. There are no rules in such a game. Hitherto acceptable norms of human conduct do not apply. If the US is to survive, long-standing American concepts of "fair play
Visas i 92 böcker frĺn 1877-2008
Sida 68 - The experience of every nation on earth has demonstrated that emergencies may arise in which it becomes absolutely necessary for the public safety or the public good to make expenditures the very object of which would be defeated by publicity.
Visas i 23 böcker frĺn 1837-2007
Mer
Sida 72 - fair play" must be reconsidered. We must develop effective espionage and counterespionage services and must learn to subvert, sabotage and destroy our enemies by more clever, more sophisticated, and more effective methods than those used against us. It may become necessary that the American people be made acquainted with, understand and support this fundamentally repugnant philosophy.
Visas i 51 böcker frĺn 1945-2008
Sida 68 - In no nation is the application of such sums ever made public. In time of war or impending danger the situation of the country may make it necessary to employ individuals for the purpose of obtaining information or rendering other important services who could never be prevailed upon to act. if they entertained the least apprehension that their names or their agency would in any contingency be divulged.
Visas i 26 böcker frĺn 1837-2007
Sida 85 - No person employed by or acting on behalf of the US Government shall engage in, or conspire to engage in, assassination.
Visas i 19 böcker frĺn 1980-2007
Sida 62 - Analysis, War and Decision: Why Intelligence Failures are Inevitable,
Visas i 55 böcker frĺn 1946-2007
Sida xiii - Agency, the Defense Intelligence Agency, the National Security Agency, the National Reconnaissance Office and many others).
Visas i 18 böcker frĺn 1977-2005
Sida 104 - Robert Louis Benson and Michael Warner, eds., VENONA: Soviet Espionage and the American Response, 1939-1957 (Washington, DC: National Security Agency and Central Intelligence Agency, 1996).
Visas i 39 böcker frĺn 1997-2007
Mindre 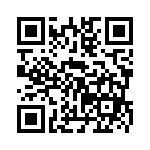