Sida 1 - The soul is dyed the color of its thoughts. Think only on those things that are in line with your principles and can bear the full light of day. The content of your character is your choice. Day by day, what you choose, what you think, and what you do is who you become. Your integrity is your destiny. . . . It is the light that guides your way.
Visas i 13 böcker frĺn 2001-2005

Joseph Alicea was born in New York City and was raised in areas known as Spanish Harlem and the South Bronx. Those were neighborhoods whose streets, parks, schools, and apartment buildings existed in perpetual decline. Sadly, most visitors suspected the inhabitants themselves were in equal decline. Whatever promise, if any, the future held for kids growing up in those ghettos was questionable; survival was their first priority. Joe and many of his friends took the best out of every experience from school, family, friendships, and the streets. They took control of their lives. They are survivors. Joe left New York City and joined the U.S. Air Force. Along the way, he earned a BS in Aeronautical Sciences and an MS in Business Management. He went from Enlisted man to Officer and traveled with his family around the world to places they had only dreamed of while living in the Bronx. Over the last twenty years, Joe has demonstrated a selfless commitment to mentoring programs for young adults. He has spent countless hours with middle and high school children in Europe and the United States counseling, teaching, coaching, and helping them understand that they too can reach for the stars. 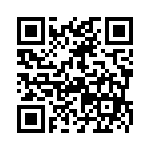