As a history student at Case Western Reserve University in 1974, The great professor, Bertram Wyatt-Brown, had us read this book. Being a young, urban, African-American, I thought Wyatt-Brown was off base assigning this book to read. I had heard only negative accounts of slavery and wasn't open to any benevolent associations with the "evil institution". However, the book allowed me to see a different perspective. I'm certain there were some "kind hearted" slave masters, and I've even learned about some slaves desiring enslavement once emancipated, because of hardships experienced once they were freed. The book seems to fit the Romney-Ryan theory of today that victims don't want to contribute to society but would rather just be taken care of by master. I'm certain the majority of masters were not kind, and the number of free slaves seeking re-enslavement was minimal, but these situations did exist. It may be difficult for blacks to understand such concepts, just as it is to understand black slaveholders, but such practices existed. I entered class preparing to take Wyatt-Brown to task, but I ended up learning something that I would have never imagined on my own. Greg Young CWRU class of 1977

Clearly a more open minded common sense analogy, in comparison to Gutman's clearly racialist approach, which is quite pathetic given the importance of understanding the true nature of Slavery in order to identify and address it today.
Unfortunately, few of the so called slavery authorities spend so much effort dwelling on past slavery, they have succeeded at allowing it to flourish once again on American soil. For the first time since the Civil War America has been forced to place itself on the List of Slave Trade Destinations in 2010. To have reached such a point under the first African American President, is despicable to say the least.
In order to understand the current day institution of slavery, one must first glean the knowledge of the institution retained with-in the entirety of its sordid past. It is imperative that we examine all of the things that rendered it sustenance then, for they are the same as those which allow it to flourish today.
In this endeavor we are faced with the daunting task of revealing the truth so often concealed by those who would muddy the waters of understanding with their bigoted opinions, and self serving interests of the day.
If Mr Gutman and those like him were not constantly muddying the waters with their racist agendas, perhaps we could see the vile institution they claim to know so well, and do nothing to address. It is time they realize "there is no future in the past".
This is not a racial issue as they would lead us to believe, it is an issue of Oppression and Slavery.
We need more works based on the common sense perspective like this one by Mr. Fogel and Engerman.

Other editions - View all

References to this book

Robert William Fogel, winner of the 1993 Nobel Memorial Prize in Economic Science, is director of the Center for Population Economics at the University of Chicago.

Stanley L. Engerman is an economist and economic historian at the University of Rochester. His controversial writings on the economics of slavery with economist Robert Fogel were some of the first modern treatments of the subject. 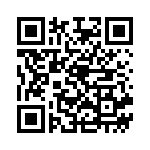