Frederick Burwick is Professor of English and Comparative Literature at the University of California, Los Angeles. He is the author of The Damnation of Newton: Goethe's Color Theory and Romantic Perception (1986) and The Haunted Eye: Perception and the Grotesque in English and German Romanticism (1987), and editor of Coleridge's Biographia Literaria: Text and Meaning (1989). 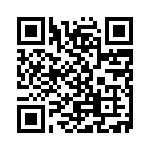