Sida 61
It is a fact well known to bibliographers that two issues , or , to speak more accurately , two editions , of this book were published during the year 1755. This fact has , nevertheless , apparently escaped the notice of auctioneers and ...
Sida 216
for by reference to the records in the posession of the L.C.C. it is found that the number the house bore in those days , over a century ago , is the number it bears now -- a fact further vouched for by an inspection of the various ...
Sida 384
The fact of the wedding being at Aylestone ( if it were : for this , too , is only a tradition ) has , however , been used as an argument for the elopement story , and , indeed , can hardly be brought as evidence against it . 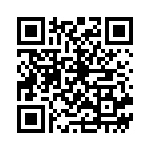