Sida 212
The blood pact established between Fulbe and blacksmiths is certainly central to
the joking relationship between the two groups . Similarly , the joking relationship
between Sambla and Tiefo is also based on a mythical blood pact . But there is ...
Sida 216
In Sudanic West Africa , these may often be described as bilateral pacts ,
involving obligations of mutual help and non - aggression . In some cases , they
may be furthermore conceptualized as formal treaties , involving the exchange of
blood ...
Sida 231
a pact . Among the Songhay , one group is always ranked higher than the other .
The superior partners , in intergroup pacts , are designated as brother ' s children
, ariize , and the inferior ones , as sister ' s children , wey - ize ( pp . 34 - 35 , 44 ... 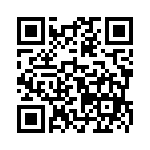