Vahagn Avedian is the editor of Armenica.org and Genocide1915.org. The current publication is a modified version of his Ph.D. thesis at the History Department, Lund University. 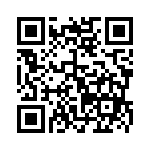