James Augustine[1] Aloysius Joyce (2 February 1882 - 13 January 1941) was an Irish novelist, short story writer, poet, teacher, and literary critic. He contributed to the modernist avant-garde movement and is regarded as one of the most influential and important writers of the 20th century. Joyce is best known for Ulysses (1922), a landmark work in which the episodes of Homer's Odyssey are paralleled in a variety of literary styles, most famously stream of consciousness. Other well-known works are the short-story collection Dubliners (1914), and the novels A Portrait of the Artist as a Young Man (1916) and Finnegans Wake (1939). His other writings include three books of poetry, a play, his published letters and occasional journalism.

Samuel Howard Sloan (born September 7, 1944) is an American chess player, publisher and perennial candidate based in New York City. In 2006, Sloan served on the executive board of the United States Chess Federation. Also in 2006, he was elected director of media relations for the Manhattan Libertarian Party County Committee. 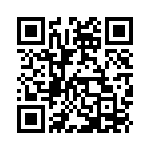