Sida 1
For example , people are willing to take risk to avoid an outcome framed as a loss
that they refuse to take when the outcome is presented as a gain . Many analysts
believe that these insights have considerable potential for explaining behavior ...
Sida 57
If , for example , Roosevelt ' s post - Godesberg belief that an outcome of war
would now be a loss had been based on new information about the costs of war
to the United States , it would have been rational for him to decide to intervene to
...
Sida 150
According to Farnham , for example , President Franklin Roosevelt was
presented with different frames of the Munich crisis by , say , Secretary of State
Cordell Hull ( who advocated inaction ) , and his Ambassador to France , William
Bullitt ... 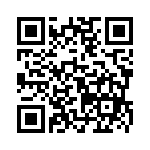