Sida iv
Comprising Alaine , Massachusetts , Ne1o Hampshire , Rhode Island , and Puerto Rico JUSTICE LOUIS D. BRANDEIS , of Massachusetts . Appointed June 1 , 1916 , by President Wilson . SECOND CIRCUIT . Comprising Connecticut , New York ...
Sida 443
Courts of Appeals , on the other , in the conAffirmed . sideration and disposition of cases involving what among the states would be regarded as Mr. Justice CARDOZO took no part in the within federal jurisdiction , is complete .
Sida 450
Admiralty am 18 . thority may , as Mr. Chief Justice Taney said , “ depend altogether on the force of the reaProceeding to impose liability for marisoning by which it is supported . " time tort arising from sinking of motorboat held ... 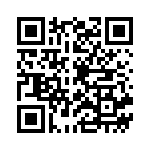