Sida 250
The Attorney Gen- Smith , General Counsel , and James T. Brady , eral , for respondent . Petition for writ of cer- Senior Atty . , all of Washington , D. C. , for Unittiorari to the United States Circuit Court of ed States Veterans ...
Sida 302
Syphallegations of the complaint were denied , in- ilis , one of the most - the worst disease that cluding those specially setting up the cause is known in human history , a disease that and nature of respondent's injuries .
Sida 361
Respondent's business in the United States Messrs . Oscar R. Houston , of New York was confined to reinsurance , and all such conSome City , and Palmer Pillans , of Mobile , Ala . , for tracts were made in New York City . respondent ... 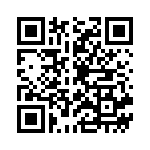