If you want to read about how a pompous, arrogant ass of a Frenchman viewed ‘the Great Experiement’ in Democracy, read this book. Otherwise, skip it. I had to read it in a government class as an ... Läs hela recensionen

Loved this! It was so interesting to read an outsiders perspective of America in between the American Revolution and Civil War. Läs hela recensionen

French diplomat and historian Alexis de Tocqueville (1805–59) is notable for both Democracy in America and The Old Regime and the Revolution. Both works analyzed the connections between national character and government, were influential in 19th-century discussions of liberalism and equality, and were rediscovered by sociologists and political scientists of the 20th century. 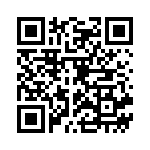