Sida 153
We said in words something that had been implicit in our friendship , which is that
we each felt the other was like the brother we wished we had had . Now that
Bryan is gone , I am very glad that we had that discussion , because I now know
that ...
Sida 166
When she finally brought herself to write the letter , she felt she had taken a “
gigantic step . ” That she could be alive after so directly facing a time when she
would not be alive was , in a strange way , invigorating . For others , the group
time ...
Sida 180
Ruth , Laura ' s mother , gently confronted her : “ You know , I felt the same way .
As a mother , I tried not to let Laura know how bad I felt . Then one day I burst into
tears and told her , “ I am not only losing a daughter , I ' m losing my best friend .

Solid, research-based study of how to make the most out of life when faced with death. Spiegel (Psychiatry/Stanford) received wide public attention when Bill Moyers's Healing and the Mind program ... Läs hela recensionen

Basing his conclusions on scientific research and clinical experience, the author discusses the connection between one's mental life and physical health. In his own study of women with advanced breast ... Läs hela recensionen 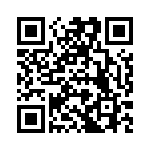