Karen A. Cerulo is professor of sociology at Rutgers University and the author of several books, including Identity Designs: The Sights and Sounds of a Nation, winner of the American Sociological Association Culture Section’s Best Book Award, and Deciphering Violence: The Cognitive Structure of Right and Wrong. 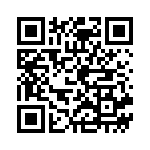