Sida 9
It is non - recurring and should perhaps be regarded primarily as an overhaul of
the State ' s assets , but its objects are two - fold — firstly , to wipe out certain
charges on the capital assets of the State now regarded as non - productive ;
these ...
Sida 15
Capital Budget . — The capital budget provides for an expenditure of Kr . 278 ,
894 , 200 , of which Kr . 26 , 319 , 700 appear also on the expenditure side of the
ordinary budget under the heading writings - off on new capital investments , i . e
.
Sida 16
In the capital budget 70 million kronor is provided for the purchase of goods
which must be largely imported , more especially mineral oil , vegetable oil ,
cattle cake , coal , surgical appliances and medical supplies , which will form an ... 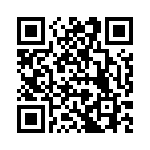