Sida 35
I wouldn't give him an analysis of what is wrong and then instruct him, "Take your
racket back sooner," or "Hit the ball farther out in front of you." Instead I might
simply ask him to put his attention on where his racket head is at the moment the
...
Sida 36
and placed on the process of trying to do things right Even though he may be
getting his racket back earlier and is hitting the ball more solidly, he is still in the
dark about where his racket is. (If the player is left in this state, thinking that he
has ...
Sida 75
Some players have trained themselves always to be prepared by taking their
racket back as quickly as possible; these players often lose their natural sense of
rhythm and find themselves waiting with their racket back before hitting. Next hit a
...

W. Timothy Gallwey has been called the catalyst for the era of sports psychology. Since the publication of Inner Game books on tennis,
golf, and skiing, "inner skills are considered to be as important as technical skills by athletes and coaches. Gallwey is now a sought-after
speaker and seminar designer. He lives in Agoura Hills, California.
Dr. Robert Kriegel, a former all-American athlete, has coached both Olympic and professional athletes. The New York Times said his work "spurred a revolution in performance practices. He is now a commentator on ESPN for the U.S. Professional Ski Team and on National Public Radio's Marketplace program and has recently done two specials for PBS.

"From the Trade Paperback edition. 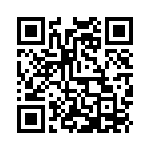