THE KING MY FATHER'S WRECK: A Memoir

A meager memoir from Pulitzer Prize-winning poet Simpson (In the Room We Share, 1991, etc.). Simpson's father, retrospectively cast as a kind of Prospero (the memoir's title alludes to The Tempest ... Läs hela recensionen

The king my father's wreck

Simpson's writing has always been low-key and deceptively simple (see, for instance, The Character of the Poet, Univ. of Michigan Pr., 1986), and this memoir of his life as a writer, editor, teacher ... Läs hela recensionen

Born in the British West Indies, Louis Simpson became a U.S. citizen after volunteering for service in the U.S. Army in 1943. He draws his material from the daily events of his own life, and several of his best-known poems are war poems that deal with the hardness and brutality of what he calls "the other side of glory." He cites as influences "many poets, English and American---particularly Eliot and Whitman. His basically realistic verse has strains of imagism and surrealism. With Robert Pack and Donald Hall, he edited New Poets of England and America (1957) and is well known for his An Introduction to Poetry. His awards include a Hudson Review Fellowship (1957); the Millay Award (1960); Guggenheim Fellowships (1962, 1970); and the Pulitzer Prize for poetry (1964) for At the End of the Open Road (1963). 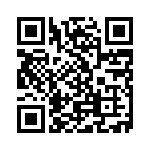