Sida 66
... compounds of inde were accented on the antepenult', through the influence of
di-in, ix-in, etc. C. Calefdcis, calefl's, and the like were accented on the second
element of the compound, since the failure to weaken the a in the second
element ...
Sida 71
The o-grade is found in syllables bearing the secondary accent, notably in the
second element of compounds, and in many uncom- pounded derivatives, which
perhaps are decompounded forms: this survives in Greek ^6p-os, thirL-Top-os, ...
Sida 157
In forming compounds, the final consonants of the prior element were in pIt. and
pLat. often partially or completely assimilated to the initial consonant of the
second element, §137. IV, V; §145. II, §164. IV end. III. In forming compounds,
nasals ... 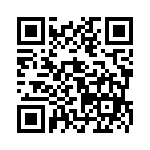