William Hazlitt (10 April 1778 - 18 September 1830) was an English essayist, drama and literary critic, painter, social commentator, and philosopher. He is now considered one of the greatest critics and essayists in the history of the English language, [1][2] placed in the company of Samuel Johnson and George Orwell.[3][4] He is also acknowledged as the finest art critic of his age.[5] Despite his high standing among historians of literature and art, his work is currently little read and mostly out of print.[6][7] During his lifetime he befriended many people who are now part of the 19th-century literary canon, including Charles and Mary Lamb, Stendhal, Samuel Taylor Coleridge, William Wordsworth, and John Keats. The family of Hazlitt's father were Irish Protestants who moved from the county of Antrim to Tipperary in the early 18th century. Also named William Hazlitt, Hazlitt's father attended the University of Glasgow (where he was taught by Adam Smith), [9] receiving a master's degree in 1760. Not entirely satisfied with his Presbyterian faith, he became a Unitarian minister in England. In 1764 he became pastor at Wisbech in Cambridgeshire, where in 1766 he married Grace Loftus, daughter of a recently deceased ironmonger. Of their many children, only three survived infancy. The first of these, John (later known as a portrait painter), was born in 1767 at Marshfield in Gloucestershire, where the Reverend William Hazlitt had accepted a new pastorate after his marriage. In 1770, the elder Hazlitt accepted yet another position and moved with his family to Maidstone, Kent, where his first and only surviving daughter, Margaret (usually known as Peggy), was born that same yea 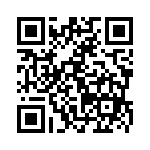