Sida
unto Shemaiah the man of God, sayIng, 23 Speak unto Rehoboam, the son of
Solomon, king of Judah, and unto all the house of Judah and Benjamin, month
which he had devised of his own heart; and ordained a feast unto the children of
...
Sida
Or, in the second part. II. KINGS, XXIII. the sodomites, that were by the house | of
the LORD, where the women wove |*| "hangings for the grove. '. . 8 And he
brought all the priests out of the cities of Judah, and defiled the high places
where the ...
Sida
17 " Then "Amaziah king of Judah took advice, and sent to Joash, the son of
Jehoahaz, the son of Jehu, king of Israel, saying, Come, let us see one another in
the face. 18 And Joash king of Israel sent to Amaziah king of Judah, saying, The ... 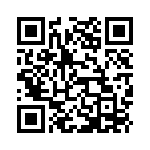