Sida 74
When he heard that the Saxons had , as usual , broken their promise to accept
Christianity and keep faith with the king , he entered Saxony with an army and
reached the Elbe at L³ne . At that time , Witzin , the king of the Obodrites , was
slain ...
Sida 75
Having mustered his armies the king entered Saxony while sending his son
Pepin , the king of Italy , with an army into Pannonia . Pepin's embassies reached
the king in Saxony . They first informed him that the khagan , whom the Avars ...
Sida 110
But since Ceadrag , prince of the Obodrites , was charged with treachery and with
having entered into an alliance with the sons of Godofrid , his rival Sclaomir was
sent back to his homeland . When Sclaomir came to Saxony , he fell ill and died ... 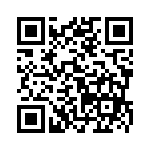