Sida 173
We remained in that subordinate position till 1851, when we became Section E,
under the name of Geography and Ethnology. From 1869, however, Ethnology
seems almost to have disappeared again, being absorbed in Geography, and it ...
Sida 179
Linguistic Ethnology was a. very favourite term used by Bunsen, Prichard,
Latham, and others. It was, in fact, the chief purpose of Buusen's paper to show
that the whole of mankind could be classified according to language. I protested
against ...
Sida 320
A Department of Ethnology has been formed in connection with the Columbian
Exposition, with Professor F. W. Putnam, Peabody Professor of American
Archaeology and Ethnology, Harvard University, and Curator of the Peabody
Museum, ... 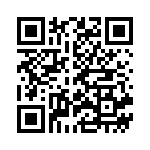