Sida 198
Three Type A assessment devices , the SI , the JAS , and the Framingham Type A
Scale ( FTAS ; Haynes , Feinleib , & Kannel , 1980 ) have received the
preponderance of research attention and are considered here . The Structured
Interview ...
Sida 202
There is also evidence , albeit sparse , that Type As , compared with Type Bs ,
display greater pituitary - adrenocortical reactivity , another mechanism
implicated in the etiology of CHD ( Williams , Lane , Kuhn , Melosh , White , &
Schanberg ...
Sida 205
TABP Health Behavior Disease In addition to differences in the creation of , or
responses to , demanding situations , Type As and Bs differ on several other
health - relevant dimensions that could place them at differential risk for CHD as
well as ... 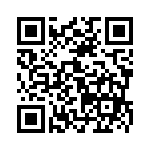