W. Timothy Gallwey has been called the catalyst for the era of sports psychology. Since the publication of Inner Game books on tennis,
golf, and skiing, " inner skills are considered to be as important as technical skills by athletes and coaches. Gallwey is now a sought-after
speaker and seminar designer. He lives in Agoura Hills, California.
Dr. Robert Kriegel, a former all-American athlete, has coached both Olympic and professional athletes. The New York Times said his work " spurred a revolution in performance practices.    He is now a commentator on ESPN for the U.S. Professional Ski Team and on National Public Radio's Marketplace program and has recently done two specials for PBS. 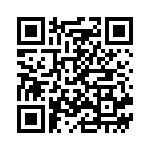