Sida 241 - So when they continued asking him, he lifted up himself, and said unto them, He that is without sin among you, let him first cast a stone at her.
Visas i 940 böcker frĺn 1710-2008
Sida 176 - Albeit that good works, which are the fruits of faith, and follow after justification, cannot put away our sins, and endure the severity of God's judgment ; yet are they pleasing and acceptable to God in Christ, and do spring out necessarily of a true and lively faith ; insomuch that by them a li vely faith may be as evidently known, as a tree discerned by the fruit.
Visas i 471 böcker frĺn 1584-2008
Mer
Sida 177 - Works done before the grace of Christ, and the Inspiration of his Spirit, are not pleasant to God, forasmuch as they spring not of faith in Jesus Christ...
Visas i 619 böcker frĺn 1584-2008
Sida 145 - God; to comfort all that mourn ; to appoint unto them that mourn in Zion, to give unto them beauty for ashes, the oil of joy for mourning, the garment of praise for the spirit of heaviness; that they might be called trees of righteousness, the planting of the Lord, that he might be glorified.
Visas i 1053 böcker frĺn 1611-2008
Sida 129 - THE peace of God, which passeth all understanding, keep your hearts and minds in the knowledge and love of God, and of His Son Jesus Christ our Lord : And the blessing of God Almighty, the Father, the Son, and the Holy Ghost, be amongst you and remain with you always.
Visas i 862 böcker frĺn 1675-2008
Sida 241 - And early in the morning he came again into the temple, and all the people came unto him; and he sat down, and taught them.
Visas i 614 böcker frĺn 1735-2008
Sida 148 - Blessed be the God and Father of our Lord Jesus Christ, Who according to His abundant mercy hath begotten us again unto a lively hope by the resurrection of Jesus Christ from the dead ; to an inheritance incorruptible, and undefiled, and that fadeth not away, reserved in heaven for you, who are kept by the power of God through faith unto salvation ready to be revealed in the last time.
Visas i 1289 böcker frĺn 1706-2008
Sida 139 - For I know that in me (that is, in my flesh) dwelleth no good thing : for to will is present with me; but how to perform that which is good I find not. For the good that I would I do not : but the evil which I would not, that I do.
Visas i 1203 böcker frĺn 1724-2008
Sida 197 - For what the law could not do, in that it was weak through the flesh, God sending his own Son in the likeness of sinful flesh, and for sin, condemned sin in the flesh: that the righteousness of the law might be fulfilled in us, who walk not after the flesh, but after the Spirit.
Visas i 963 böcker frĺn 1660-2008
Sida 248 - And they which heard it, being convicted by their own conscience, went out one by one, beginning at the eldest, even unto the last: and Jesus was left alone, and the woman standing in the midst.
Visas i 791 böcker frĺn 1710-2008
Mindre

Kenneth Newport is a graduate of the University of Oxford where he studied under E.P. Sanders. After teaching for three years in Hong Kong, he returned to the UK in 1991 and taught at the University of St Andrews and then at the University of Manchester. While at Manchester he was appointed Research Fellow at the John Rylands Research Institute where he has conducted extensive research into the Methodist Archives, which are on permanent deposit at the John Rylands University Library. In 1999 he was appointed Reader in Christian Thought at Liverpool Hope University College, where he currently teaches and conducts research. He is an ordained Anglican minister. He lives in Bury, Lancashire with his wife Rose-Marie and three children. 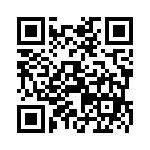