I can't memorize anything so I'm not even trying, but I do enjoy reading the selections. I like poetry in small doses and I tend to prefer conventional poetry (read: not modern free verse), so this ... Lðs hela recensionen

Somewhere along the way those who decide such things decided that memorizing poems was not really important to education. Of course, it wasn't really. However, it was a pleasure, and generations of ... Lðs hela recensionen

John Hollander has edited several Everyman's Library Pocket Poet volumes, including "Robert Frost", "Christmas Poems", "War Poems", "Marriage Poems", "Animal Poems", & "Garden Poems". He is the A. Bartlett Biamatti Professor of English at Yale University, & the author of numerous books of poetry & criticism. He was made a MacArthur Fellow in 1990.

Eavan Boland, author of, most recently, "The Lost Land", is professor of English at Stanford University. 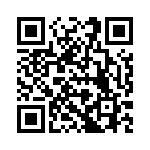