Sida 9
For example , what do daughter of Sir Alexander and Lady Duff the peoples of Latin or Celtic descent say of Gordon . ... Stafford's , ' 1631 ) married Anne Vaughan and had three copal Registers of Exeter : daughters and two sons .
Sida 102
His wife was Margaret , daughter trace his authority . Madame de Boigne and heiress of Edward Petre of Margaretting gives a vivid picture of this lady's death , in Essex , a cousin of Lord Petre ; and it which occurred in Somerset ...
Sida 308
Earl of Warwick , who ( according to Burke , Isabel , supposed to be a daughter of William Dormant Peerages , 1866 , p . ... But had also three daughters , Cecilia , Margaret , here again there is a difficulty ; for this and Eleanor . 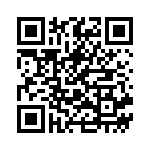