Sida 160 - I was often unable to think of external things as having external existence, and I communed with all that I saw as something not apart from, but inherent in, my own immaterial nature. Many times while going to school have I grasped at a wall or tree to recall myself from this abyss of idealism to the reality.
Visas i 420 böcker frĺn 1851-2007
Sida 41 - ... accordingly. I also suggested the navigation of the ship by the dead men, but do not recollect that I had anything more to do with the scheme of the poem. The gloss with which it was subsequently accompanied was not thought of by either of us at the time, at least not a hint of it ' was given to me, and I have no doubt it was a gratuitous after-thought.
Visas i 121 böcker frĺn 1851-2007
Mer
Sida 159 - A SIMPLE child That lightly draws its breath, And feels its life in every limb, What should it know of death ? I met a little cottage girl : She was eight years old she said ; Her hair was thick with many a curl That clustered round her head. She had a rustic, woodland air, And she was wildly clad ; Her eyes were fair, and very fair ; Her beauty made me glad. " Sisters and brothers, little maid ! How many...
Visas i 681 böcker frĺn 1798-2008
Sida 66 - No poem of mine was composed under circumstances more pleasant for me to remember than this. I began it upon leaving Tintern, after crossing the Wye, and concluded it just as I was entering Bristol in the evening, after a ramble of four or five days with my sister. Not a line of it was altered, and not any part of it written down till I reached Bristol.
Visas i 147 böcker frĺn 1831-2007
Sida 40 - you represent him as having killed one of these birds on entering the South Sea, and that the tutelary Spirits of those regions take upon them to avenge the crime.' The incident was thought fit for the purpose and adopted accordingly. I also suggested the navigation of the ship by the dead men, but do not recollect that I had anything more to do with the scheme of the poem.
Visas i 111 böcker frĺn 1852-2007
Sida 67 - Written at Rydal Mount. The incident of the trees growing and withering put the subject into my thoughts, and I wrote with the hope of giving it a loftier tone than, so far as I know, has been given to it by any of the Ancients who have treated of it. It cost me more trouble than almost anything of equal length I have ever written.
Visas i 83 böcker frĺn 1851-2008
Sida 50 - The moment was important in my poetical history; for I date from it my consciousness of the infinite variety of natural appearances which had been unnoticed by the poets of any age or country, so far as I was acquainted with them; and I made a resolution to supply in some degree the deficiency. I could not have been at that time above fourteen years of age.
Visas i 64 böcker frĺn 1851-2007
Sida 42 - Mariner' grew and grew till it became too important for our first object, which was limited to our expectation of five pounds; and we began to think of a volume which was to consist, as Mr. Coleridge has told the world, of poems chiefly on supernatural subjects, taken from common life, but looked at, as much as might be, through an imaginative medium.
Visas i 111 böcker frĺn 1851-2007
Sida 127 - People are led into this mistake by overlooking the fact that such processes being to a certain extent within the reach of a limited intellect, we are apt to ascribe to them that insensibility of which they are in truth the effect and not the cause. Admiration and love, to which all knowledge truly vital must tend, are felt by men of real genius in proportion as their discoveries in natural Philosophy are enlarged ; and the beauty in form of a plant or an animal is not made less but more apparent...
Visas i 73 böcker frĺn 1851-2008
Sida 234 - I have attempted to give a picture of a man, of strong mind and lively sensibility, agitated by two of the most powerful affections of the human heart ; the parental affection, and the love of property, landed property, including the feelings of inheritance, home, and personal and family independence.
Visas i 83 böcker frĺn 1888-2007
Mindre

Jared Curtis is Professor Emeritus of English at Simon Fraser University in British Columbia and a Visiting Scholar at the University of Washington. He has edited William Wordsworth's Poems, in Two Volumes, 1800-1807, Last Poems, 1821-1850, assisted by April Lea Denny-Ferris and Jillian Heydt-Stevenson, and, with Carol Landon, coedited Early Poems and Fragments, 1785-1797 all in the Cornell Wordsworth series. He has also edited W. B. Yeats's "The Land of Hearts Desire," Manuscript Materials for the Cornell Yeats series. 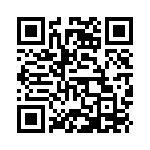