I have many commentaries on James and this one is now one of my favorites for preaching and teaching. The illustrations Phillips can still be understood by a broad audience and for those that may not ... Läs hela recensionen

John Phillips is one of the most proficient writers of the past several decades. He is knowledgeable, very fundamental, (KJV), and down right interesting. He knows what he believes, and believes what ... Läs hela recensionen

John Edmund Andrew Phillips, 1935 - 2001 John Phillips, also known as Papa John from the Mommas and the Pappas, was born August 30, 1935 in Paris Island, SC to a military man and his wife. At an early age, Phillips showed great musical talent, and after finishing school in the fifties, he traveled to New York. In the Big Apple, Phillips met Dick Weissman and Scott MacKenzie and together they formed the Journeymen. He also met his future wife Michelle Gilliam, and the two were married in 1962. A year later they met denny Doherty, sparking the idea that the three of them should join together in a musical collaboration. Doherty insisted on bringing Cass Elliot into the group, and the Mommas and the Pappas is born. The band travels to California, where they hoped to find a more appreciative audience. On October 1, 1965, the band is signed to Dun Hill Records by Lou Adler, and a musical revolution begins. Phillips wrote or cowrote most of the songs for the band. On February 1, 1966, one of those songs, "California Dreamin'" reached number one putting the Mommas and the Pappas on the charts. They became symbols of the hippie movement, yet dealt with their own dark sides in their rise to fame. Phillips was constantly unfaithful to Michelle, who had an affair with Doherty and the two eventually divorced in 1970, two years after the band broke up. After they parted ways, Phillips life took a turn for the worse. He was hooked on heroin, cocaine, amphetamines and alcohol and often got high with his then teenage daughter. Phllips was busted for drugs in the early eighties, causing him to enter rehab. The band eventually reunited for a brief tour, replacing Cass, who had died, with their daughter MacKenzie and Doherty with Spanky McFarlane. John Phillips died of heart failure at University of California Los Angeles Medical Center at the age of 65. His daughter was by his bedside when he passed away. 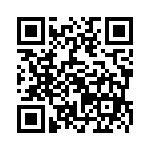