Sida 41
It is self-sufficient in almost all agricultural products and during the communist era
exported about one-third of all output. A wide variety of crops are produced,
including wheat, maize, rice, fruit and vegetables, rye, barley, oats, sunflower
seeds, ...
Sida 42
Mining output suffered significant declines in the 1990s and did not show any
positive growth until 1996. Production in 2000 was down by 10% on 1999, at
Ft56m (US$199,359), and accounted for just 0.5% of total industrial output.
Bauxite ...
Sida 43
(See Reference table 13 for output of energy, minerals and mineral products.)
Manufacturing A sharp contraction as part Under communism the manufacturing
industry was characterised by large, of the economic transition heavy industrial ... 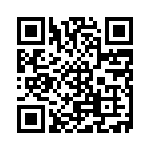