Sida 6
East Melbourne , be it re- of Norwich Cathedral , the original bishop's marked , is one of our most select constituencies , throne in the apse at the back of the altar was answering to the West - end of London in respect of discovered .
Sida 296
Not only is this the case , but the respective series of plates were , in Her husband was the original Joseph Surface in some instances , which I pointed out , copied , i.e. I believe , while manager of the Bath and Bristol Sheridan's ...
Sida 309
Will I have a curious one , entitled De interestin accoun some one state what would be the original Scandi- ob de last | meeting ob de | Bobolition | Society in navian form of the word , and whether the mean- 1828 , printed in New York ... 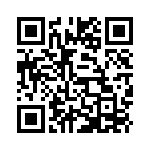