James Joyce was born on February 2, 1882, in Rathgar, Dublin. He was one of ten children. He was educated at Jesuit schools and at University College, Dublin. A brilliant student of languages, Joyce once wrote an admiring letter in Norwegian to Henrik Ibsen. He went to Paris for a year in 1902, where he discovered the novel Les Lauriers Sont Coupes by Edouard Dujardin, whose stream-of-consciousness technique he later credited with influencing his own work. Following his mother's death, he returned to Ireland for a brief stay, and then left with Nora Barnacle, with whom he spent the rest of his life. They had two children, George and Lucia Anna, the latter of whom suffered in later years from schizophrenia. (Joyce and Nora were formally married in 1931.)

Joyce lived in voluntary exile from Ireland, although Irish life continued to provide the raw material for his writing. In Trieste, he taught English and made the acquaintance of the Italian novelist Italo Svevo. His first book, the poetry collection Chamber Music, appeared in 1907. The publication of the short story collection Dubliners was delayed repeatedly, and eventually the Irish publisher destroyed the proofs for fear of libel action; this prompted Joyce's final visit to Ireland in 1912. The book was eventually published in 1914 and greeted with acclaim by Ezra Pound, whose enthusiastic support helped Joyce establish a literary career. In 1915 Joyce and Nora moved to Zurich, and at the end of World War I they settled in Paris. His only play, Exiles, was published in 1918 and staged in Munich the same year without success. A Portrait of the Artist as a Young Man, an autobiographical novel (developed from the embryonic, posthumously published Stephen Hero) tracing the artistic development of Stephen Dedalus, was published in 1916. By this time Pound and W. B. Yeats had succeeded in obtaining for Joyce some financial support through the Royal Literary Fund, but he continued to be in need of money for most of his life.

Joyce began to suffer from serious vision difficulties due to glaucoma; he would eventually be forced to undergo many operations and long periods of near-blindness. Ulysses, the epic reconstruction of the minutiae of a single day in Dublin--June 16, 1904--was serialized in The Little Review starting in 1918, and published in Paris (by the American Sylvia Beach through her bookstore Shakespeare & Company) in 1922, on his fortieth birthday. Due to censorship it remained unavailable in the United States until 1934 and in the United Kingdom until 1936. Except for a small volume of verse, Pomes Penyeach (1927), Joyce published nothing thereafter except extracts from the enormous work in progress that emerged as Finnegans Wake in 1939. In his later years he was closely associated with the young Samuel Beckett, whom he had met in 1928. After the German invasion of France, Joyce and Nora moved back to Zurich, where he died on January 13, 1941.


From the eBook edition. 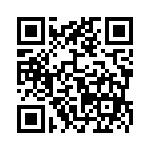