Sida 65
( 5 ) The accent of modern languages , such as Italian , German , Russian ,
Serbian , Lithuanian . $ 64 . THE PRIMITIVE INDO - EUROPEAN ACCENTI was
entirely free ; that is , it might stand at any distance from either end of the word .
Sida 66
THE LATIN ACCENT : Latin developed an accent depending upon the quantity of
the penultimate syllable , as follows : ' A long penult was accented , as in pepÕrcī
, inimi ' cus ; but if the penult was short , the antepenult received the accent , as ...
Sida 67
followed the accent either of the first person calefi ' o , or of the active calefacis . D
. The grammarians give rules for difference of accent to distinguish words of the
same spelling : adeo verb , but adeo adverb ? ; circum accusative of circus , but ... 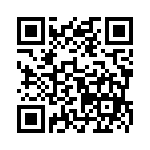