Oren Baruch Stier is Associate Professor of Religious Studies and Director of the Judaic Studies Program at Florida International University. He is author of Committed to Memory: Cultural Mediations of the Holocaust.

J. Shawn Landres is director of research at Synagogue 3000 and a visiting research fellow at UCLA's Center for Jewish Studies. He is co-editor of After The Passion Is Gone: American Religious Consequences and Personal Knowledge and Beyond: Reshaping the Ethnography of Religion. 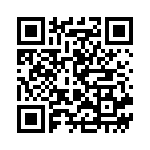